The Friends of Veterans was incorporated in 1995 as a Florida, "not for profit" organization. Our mission is to honor, educate and assist our local veteran population here in Palm Beach County.

Over the years the various committees and partnershipshave been formed by the Friends of Veterans to create and carry out various events that help to educate the public aboutthe sacrifices of our active duty military and veterans. Our 2 core activities each year are the Veterans Day parade in down townWest Palm Beach and Memorial Day activitiescurrently being conducted at the South Florida National Cemetery.

Friends of Veterans is also involved with the VietnamVeterans of America chapter 25 of Palm Beach County. We feel that this is a very important role and we continue tosupport their efforts to all of the veterans from the Vietnam era. We have accomplished a lot and with your assistance, we canand will fund more related projects.

In order to conduct the functions in the best possible interest of the veterans and public, the Palm Beach County Veterans Committee was established as a DBA in 2007. With a very diverse group of individuals all working together to present the very best possible events. Today the committee, working very closely with the Friends of Veterans, the Veterans Administration and county officials has been organizing great program that respect and honor the active duty members of the United States military and veterans.

With so many veterans returning from the battlefields of Iran and Afghanistan after the attacks of September 11, 2001 ,it was observed that many returning military memberswere having an issue reentering the civilian population. Many of our veterans were getting into trouble with law enforcement. Post-Traumatic Stress Disorder (PTSD) wasidentified as the overwhelming underlying cause of many issues our veterans were being caught up in. To prosecute them in court just did not sit well with us. There had to be a better way of handling this terrible disorder stemming from their combat experiences defending the United States of America. Having identified the root of the problem, the Friends of Veterans became involved with the startup of the Palm Beach County Veteran Treatment Intervention program, also known as " Veterans Court".

The Veterans Court Palm Beach County is built upon a unique partnership between the Judiciary, Veterans Administration, West Palm Beach VA Medical Center, State Attorney,Public Defender, Probation (Felony and Misdemeanor), Clerk and Comptroller, Administrative Office of the Court, Sheriff, and other community partners from the criminaljustice and treatment communities. This program treats the root cause of the veteran's problem, PTSD. Our veterans have given so much for our freedom that just lookingthem up in jail was not fair or cost effective. The program was very successful over the past 5 years. Today, many such courts have sprung up in the major metro areasin the United States.

Officers of the Friends of Veterans 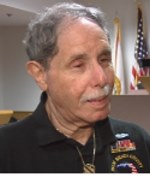 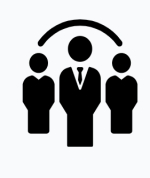 Our mission is to honor, educate and assist our local veteran population here in Palm Beach County.

To honor all that have served or are currently serving our country, we organize, finance and execute the Palm Beach County Veterans Day parade and Memorial Day services at the South Florida National Cemetery.